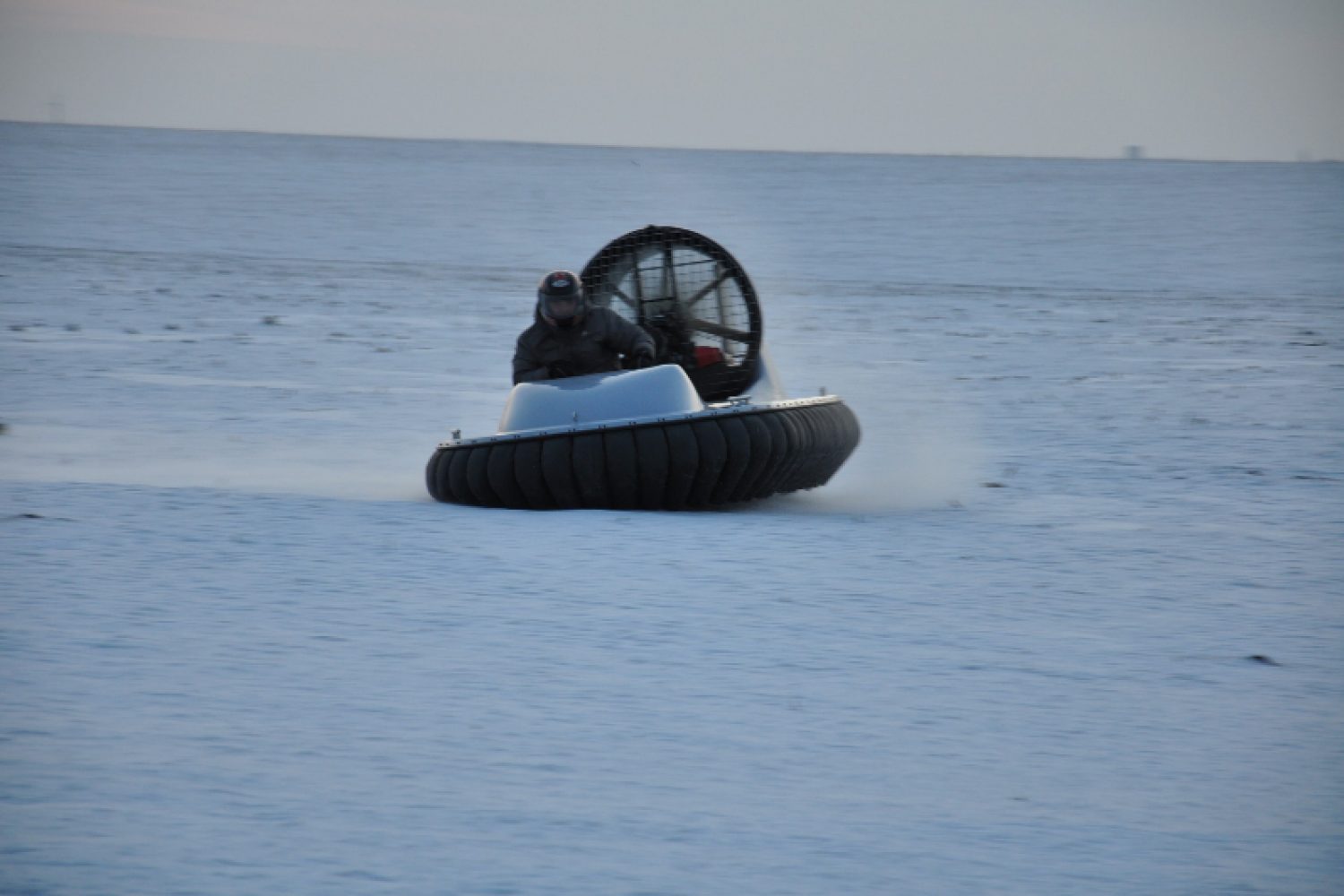 Since the beginning of December 2011, we have been waiting for suitable conditions for testing a hovercraft on snow and ice. Unfortunately, the winters in our region are mild and warm, so snow was only expected in February.

Test drive Tornado F50 took place outside of our city, in the forest-steppe zone. Wind, frost around -20 Co, high humidity created all the necessary conditions for tests, first of all, the health of SVP, and then patency. As expected, snow and ice are the most favorable surface for an hovercraft. It is quite possible to develop a speed of up to 100 km / h, but at such a speed and in such a frost, the pilot becomes uncomfortable. The lateral wind was a natural obstacle when driving at high speed in open space, but the fact of the absence of any obstacles (waves, hills) compensated for this problem. As a result, we were satisfied with the tests, thereby putting the last checkmark in the list of the most common modes and conditions for testing the amphibious properties of Tornado F50 hovercraft.