Raid on icy rivers on the Tornado F50 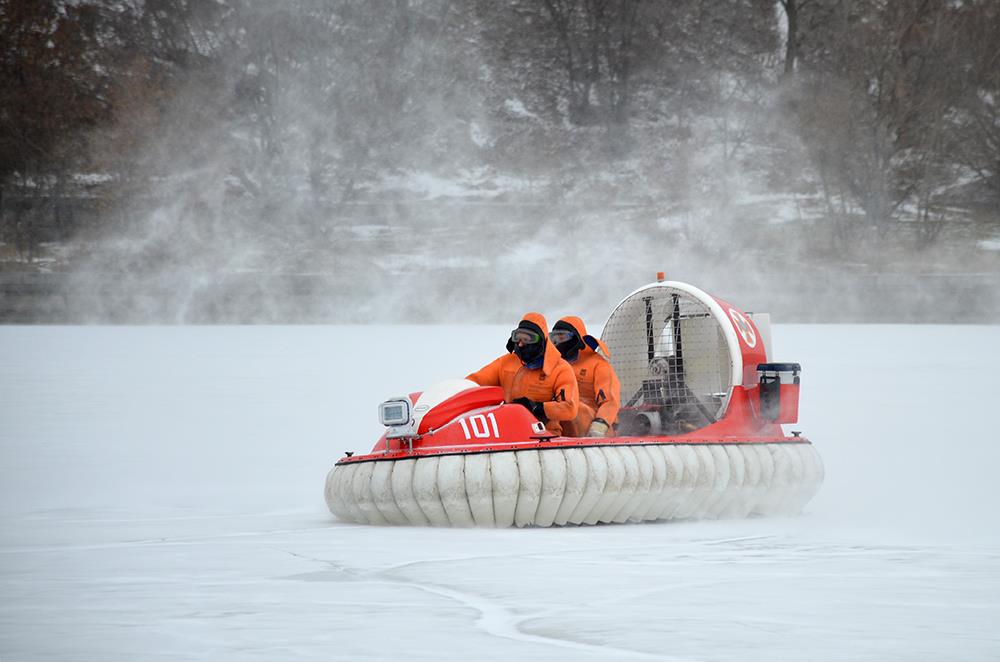 In winter, one of the main areas of lifeguards work is to prevent emergencies and situations in water bodies, prevent injuries and deaths when visiting frozen ponds.
On February 11, employees of the Main Directorate of the SES of Ukraine in the Mykolayiv Oblast conducted a raid on the icy rivers Ingul and the Southern Bug, in the area of ​​the Strelka city beach and the Varvarivka district of the Central district of Nikolaev. A Tornado airbat was involved in the event.
SESA specialists spoke with fishermen, and also all those who came out on the ice about the dangers of icy water bodies, gave recommendations on the procedure of action in case of threat or ice break, emphasized the risk of cold and frostbite, and how not to allow.
Rescuers were also introduced to the special equipment they have in service, pointed out the main difficulties that can arise in the process of rescuing a person on the water in the winter, demonstrated the work of the boat on the Tornado Hovercroft airbag.
On the same day, similar events were held in all areas of the region. Rescue service staff communicated with citizens and taught them the rules of safe behavior on the ice.
In total, the event covered about 40 people who received a lot of useful information, and in memory of the meeting, the Rescue Service staff provided visitors with winter leaflets and leaflets.